…. anything is possible and nothing happens by accident

Montana Governor Is Against the Real ID

This just in from The Sentinal, Montana Governor is against the proposed Real ID, supposed to take affect in May. In this interview, the governor explains how the house was unanimously 150 against the new ID cards.

The Real ID is supposedly supposed to make Americans safer, but just takes them one step closer to a National ID and then a world ID.

The federal government issued national standards on Friday that states would have to meet in order for driverâ€™s licenses they issue to qualify as identification at airports and federal buildings, setting the stage for a confrontation with states that have voted not to cooperate.

I was just wondering earlier when the US was going to remove “land of the free” from the lyrics of their national anthem seeing as how they keep allowing their government to make policies that take away their freedoms.

Is it just me, or do the citizens of the United States just not get it? My opinion? they’re watching too much tv and simply tuning out while they’re tuning in.

For further reading (and viewing) go to www.freedomtofascism.com and watch the movie of the same name on google (freedom to fascism on google) 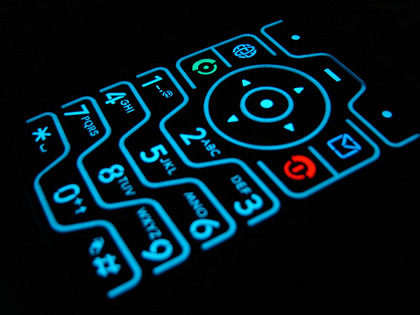 The ability to track your every move through your cell phone has been going on since cell phones were invented (for your safety and security of course) and you’ve heard about RFID implants that will soon be mandatory in the US by the end of 2009 right? Well what if you want to make anonymous cell phone call’s, or just simply get off the grid when it comes to knowing your whereabouts? Enter the Freedom Phone Anonymous Mobile and GMS Sim Card.

END_OF_DOCUMENT_TOKEN_TO_BE_REPLACED

How To Make Your Halloween Eco Friendly

A green Halloween, what a great concept.  Yesterday I wrote about how my girlfriend and I have been creating Halloween recipes with a pumpkin we bought for $3 and so far has provided over 30 meals for us.  A good friend of mine Scott Bird wrote an article recently about 10 ways to make your Halloween more environmentally friendly.  Some very straight forward ideas for a green Halloween.

Another buddy wrote a Halloween Workout using pumpkins, hay bales and other odds and ends from the holiday he found around his house.

Tomorrow is Halloween, I hope you have a safe and eco friendly Halloween and then eat your pumpkins

Halloween Recipes Made From Pumpkins

My girlfriend and I have been creating some great Halloween recipes over the past week or so preparing them for her whole food recipe section on my weight loss blog. We realized that there is an abundance of pumpkins this time of year, most of which are being used for pumpkin carvings. We’re eating them.

A single pumpkin that cost $3 has provided enough for 3 recipes and over 30 servings. That’s a pretty good ROI if you ask me. 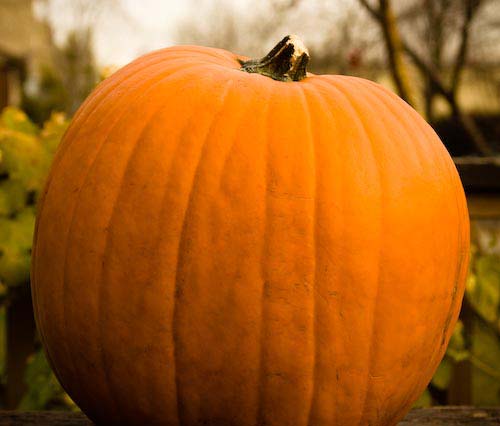 This is the Halloween Pumpkin that we bought. Like I said, $3.

One recipe we created was a Spiced Pumpkin Apple Curry and the most recent was a Smokin’ Pumpkin and Corn Chowder. We still have one more left to make, and the one I’m most looking forward to, Darlene’s Spiced Pumpkin Pancakes.

I gotta say, I love curry and so far, the Pumpkin Apple Curry is my favorite. Made with Pumpkin and Butternut squash and apples. Mmmmm,

From what I know, most people carve their pumpkins, put a candle in them, place them in the window for Halloween night and then throw them away. I mean this is a popular time of the year for pumpkins. There are many great deals on pumpkins especially after Halloween night. Buy them, carve them up into freezable portions and then eat them over the next few weeks or months.

If you’re not familiar with pumpkins as food, pumpkins are a member of the squash family just as Spaghetti squash, Butternut squash, Acorn squash and the one you’re probably most familiar with, the Zucchini.

I was not aware of this:

Though considered a vegetable in cooking, botanically speaking, squash is a fruit (being the receptacle for the plant’s seeds), and not a vegetable.